← ‘Dancing With The Stars’: Who Leaves Next?
‘Ground Floor’: Premiere Review →

Jilliam Michaels Made a Mistake on ‘The Biggest Loser: Second Chances’ 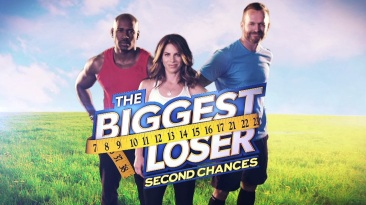 Week after week, contestants continue to amaze themselves with their newer, shrinking bodies. Not only are the workouts getting tougher, but seeing the people get eliminated is getting even harder. Last week, American Idol winner Reuben Studdard got the boot because he fell below the red line. A lot of people felt, that it wasn’t his time to go just yet. Everyone deserves to be here and change their life around. That is, after all, why the show is called “The Biggest Loser: Second Chances.”

At the beginning of this weeks episode, Alison Sweeney brought Chef Sam Cass, who is the head chef for the Obama family. He came to the ranch to address  the MyPlate initiative. The my  plate talks about nutrition and stresses that it’s important to have a good balance of fruit, vegetables, proteins etc. Alison told the contestants that they have a thirty minute cooking challenge to prepare a healthy nutritious meals for the judges, who were the three Biggest Loser Kid Ambassadors from last season: Bingo, Sunny, and Lindsay. The blue team once again rose to the challenge and won once again with a chicken quesadilla, fresh fruit as a dessert, and kale chips on the side. Not only was the food delicious, but Bingo, who hates vegetables, seemed to really enjoy the quesadilla.

During the hardcore workouts, the red team was in boot camp mode. They trained with breast cancer survivors. The white team spent time in the pool swimming freestyle. Craig didn’t know how to swim, so he kept telling Jillian that he couldn’t do it. Jillian forced him to work through his fears because she knew he could. She even went as far as jumping in the pool to help him conquer his fear. The red team’s Tanya couldn’t do one of the workouts, because she could barely move. Soon after, she decided to go to the gym because she didn’t want to let her team down. Tanya said, “If I’m moving, I’m losing.”

When it came to the weigh in, Alison revealed something no one saw coming. Last week, The Biggest Loser trainer Jillian Michaels broke the rules of the competition by giving caffeine supplements to each member without the doctor’s permission. Not only did she get penalized, but Jillian’s actions gaver her team a four-pound disadvantage during the weigh-in. She stood by her opinion that “a caffeine supplement is significantly healthier than unlimited amounts of coffee,” but her actions speak for themselves. Alison then mentions that because of Jillian’s actions, Reuben will be coming back to The Biggest Loser Ranch and the blue team had the same immunity as last week.

The biggest losers for the week were the blue team’s Matt, who lost 21 pounds, and the red team’s Rachel, who lost 18 pounds. Despite missing a workout, Tanya worked hard and lost her biggest total so far: 15 pounds.

Once again, the white team was up for elimination. Craig, who was saved by Jillian in week one, could not be saved again. He fell below the red line, which meant he was automatically eliminated. If you thought this week’s developments were interesting, let’s see what happens when they bring Reuben back next week.

← ‘Dancing With The Stars’: Who Leaves Next?
‘Ground Floor’: Premiere Review →