← ‘The Walking Dead’: “Isolated” Recap
‘Dancing With The Stars’: Who Goes Home Next? → 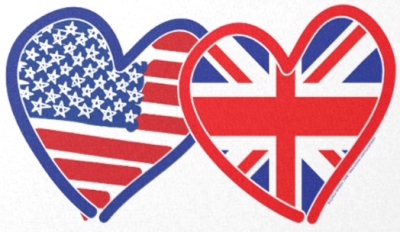 Every fall, a new TV show arises that millions of people are horrified that it has seen the light of day. The words “American remake” send terror through any anglophile’s heart the same way it does with “cancelled.” While everyone else is cowering in the corner watching some maniac serial killer movie marathon, we watch our beloved British TV shows being butchered by American hands. Which leave us all wondering: are any of these remakes really necessary?

I, like millions of other Americans, have no problem watching British television. British humor is known for being deadpan. Apparently, deadpan is synonymous with “incomprehensible” in the minds of network executives, which causes remakes to dumb down jokes so that Americans can understand them. Having to make jokes more obvious is part of the problem that American remakes fail. We don’t need to be pigeon holed as stupid.

An even bigger problem with American remakes is that they focus too much on jokes. Britcoms, such as The IT Crowd and Spaced, had remakes that were heavy on “jokes” and not character development. We need to relate and connect with these characters. If we don’t, then we don’t care about the characters. This is why The Office was so successful. Not only did the pilot episode include jokes from the British version, but also the audience empathized with the workers. Also, automatically rooting for Jim and Pam to get together didn’t hurt either.

Since “American remake” has such a bad stigma, it is not worth remaking a British TV show. No one thinks that a show sounds good if it’s seen as an American remake. To prevent this, the show has to branch off and become something completely different. This is why shows like House of Cards, Being Human, All in the Family, and Three’s Company are successful. Instead of following the original, they took the underlying theme of the show and created their own unique stories.

Thanks to Netflix, millions of Americans can enjoy the original versions of Britcoms. The IT Crowd, Spaced, Fawlty Towers and Coupling have all had American remakes, but only the British version is on Netflix. This goes to show that American remakes that try too hard to be American without making major changes to the characters and settings are usually unsuccessful. Hopefully, one day audiences will dissociate “American remake” from “terrible”. Until then, we’re just going to have to complain about how bad American remakes are on the Internet.

Posted on October 29, 2013, in American Television, British Television, Failed Pilots and tagged all in the family, American remakes, Being Human, british television, Coupling, Fawlty Towers, House of Cards, Spaced, The IT Crowd, the office. Bookmark the permalink. Leave a comment.

← ‘The Walking Dead’: “Isolated” Recap
‘Dancing With The Stars’: Who Goes Home Next? →